At the beginning I wanted to make many before/after screenshots but when new maps were finally ready I was so tied that I managed to create only one pair: 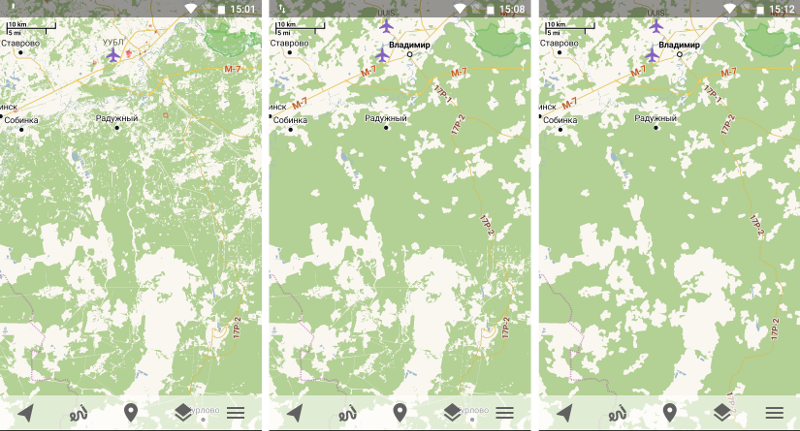 Forest is one of the most representative elements. On the first screen you can see how it is scratched and over-detailed. The next screen shows the transition from old format to another (upper area is loaded but lower one remains in old format). The last screen is rendered using only new native maps - forest is simplified and smoothed.

This is only one of many problems I have solved with new maps format. The benefits of the new format are:

Are there any drawbacks? Of course! I have made lot's of optimizations but still new maps are 30-50% larger then old ones. But I consider this a good tradeoff for so many gainings.